With your smartphone, you can enter into a multimedia virtual reality center (VR) and if you have a smartphone that supports Daydream, the experience will be even better. But before introducing the smartphone in a VR glasses you must install some of the best VR apps. Here are the 30 best VR apps that are available on iOS and Android devices for 2020.

This application was developed by VRSE works, an award-winning studio specializing in the production of content for virtual reality(VR). VRSE includes several projects that have been made in collaboration with media such as The New York Times and musical groups such as Muse. 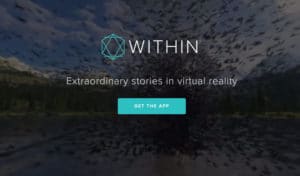 The app is completely available for free and is considered as one of the best Virtual reality (VR) app to date. In it, you can find a lot of videos that include documentaries, performances, and horror movies.

Within VR for Android

Within VR for iOS

Fulldive is the best VR app for audio and visual content in virtual reality. 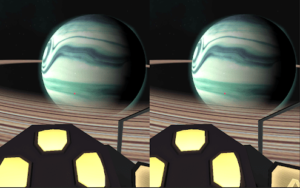 Take a tour of a solar system five light years from any known life. Planets and satellites are created from satellite images captured by NASA, making it a perfect choice for anyone obsessed with space.

It is not a game, but it is the gateway to virtual reality(VR) for all your PC games. With this app, you can transmit your computer titles to virtual reality The transmission of data can be done wirelessly or through a USB cable. 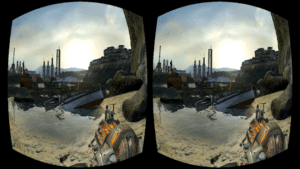 The free version lets you try 10 minutes of play each time, but you can use it as many times as you want. The paid version costs € 6.99 but before buying it you are advised to try the free one to make sure that your system works perfectly. 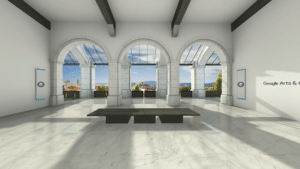 With the virtual reality viewer like Google Cardboard, you can use the Google Arts & Culture app on Android and iOS devices to take a virtual tour of the street art scene in Rome(and many other cities) step inside a creation by famous street artist, Insa(many other artists) or even travel 2,500 years back in time and look around the ancient Greek temple of Zeus(many other).

6)   Keep Talking and Nobody Explodes

You are locked in a room and your only company is a bomb that will explode in five minutes. Your friends are the only hope you have. They will help you to deactivate the bomb with some instructions but you have to describe to them very well what you are seeing. 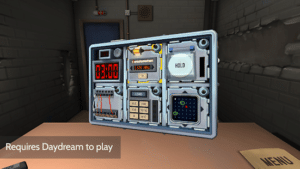 Keep Talking and Nobody Explodes for Android

This VR app allows you to travel through the solar system from the spaceship “the sofa of the house”. In addition to exploring the closest planets, traveling on arid Mars or between Saturn’s rings we will learn how constellations (a group of stars) are formed in the sky and how far away they actually are. 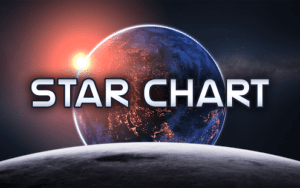 In this game, you have to escape from a haunted house. We will travel through the dark corridors inhabited by monsters and ghosts that will give us the occasional scare. Adventure and fear come together in this game that we can enjoy with virtual reality glasses for the smartphone.

Incell VR is a game that mixes action and science. It is set in the human body, specifically in the cell. The user will go through different environments, mixing entertainment and learning. It is an ideal game to start in the virtual world.

I hope you all like Harry Potter right? In this game, you will put yourself in the shoes of a skilled magician and discover the power of magic. You should solve riddles and destroy monsters to achieve the objectives. All this happen in virtual reality so that the magic of truth flows.

If you are afraid of the sea and the sharks this game can help you to overcome the problem. You will put yourselves in the skin of a diver and dive into the ocean floor.  While we are enjoying the beauty of the seabed, we must go around the fearsome sharks. This Virtual reality app helps you to overcome fears or phobia of the sea.

If you like war and intense action then you will spend a very entertaining time with Battle 360 VR app. Sit in a powerful anti-aircraft(used to attack enemy aircraft) and shoot down all the enemy fighters before they destroy your battleship. Involve yourself in the war of virtual reality. It is one of the best VR apps if you are interested in Battle games.

If you are claustrophobic (fear of being enclosed in a small space or room and unable to escape), the safest thing for you is not to download this application. If you are an adventurous person and can download it for free from the Google Play store and start playing. In VR Cave you enter a dark cave, full of surprises and fantasy. Virtual reality greatly enhances the speleological (scientific study of caves) experience.

If you like traveling, then you can visit a lot of places without leaving the sofa with Orbulus. , You can choose snowy landscapes, beautiful beaches, deep forests or cities with full of skyscrapers.

Titans of Space offers you the possibility to make a tour through the solar system to compare the size of the planets, freely explore the space, learn about other planetary bodies and much more. As you go through the cosmos you will be accompanied by a soundtrack to make the trip even more pleasant. The application and most of its components are free.

Mondly VR Languages is a virtual reality application available in Google Play Store. This app creates scenarios in which the user can talk with artificial characters. A new method of language learning that will allow people to experience real conversations with fictional characters. This app mixes artificial intelligence systems that create feedback with users.

The platform includes 28 different languages such as English, Italian, Spanish, French, Russian, Japanese, Thai and Arabic among others. There are different scenarios that create real situations such as a conversation on the train, in a restaurant or the reception of a hotel.

This educational app offers very different contents. In this, the user can go through the most important moments of history or an exploration through the interior of the human body or a journey through space. Literature, music, history or biology are some of the disciplines that we can see in Unimersiv.

For Star War lovers this is the ideal app. With Star Wars VR you can get into the Star War universe and share experiences together with the leading character of the movie.

Based on the creepy Insidious movie, in this ap,p you can really feel fear. If you want more experience with the app you must use headphones.

AAA VR Cinema is a video player which allows you to play videos which you have stored on your device in virtual reality. We include it in our top 30 best virtual reality (VR) apps for its quality and ease of use. You just have to put the video on your device and use this application to play it while using the Google Cardboard. It offers 180-degree and 360-degree video support. A totally free app if you want to try it.

As the name suggests, this application uses images compiled by NASA that simulates in virtual reality the famous lunar landing of Apollo 15. You will be able to experience the scenes as you have never seen them before. The only drawback is that for this we need a high-end phone to enjoy the maximum resolution. One of the best virtual reality (VR) app for free of cost, which you must try.

The official Google Cardboard application has some of the best virtual reality experiences you can enjoy. Among all the most prominent is the use of Google Earth to fly or make a virtual tour of different places. In addition, the application allows you to watch videos that are stored on your device in virtual reality. It also includes a directory with the best Android applications of virtual reality, games and much more.

Cardboard Camera is another best virtual reality (VR) application among all VR apps. The focus of this application is to take virtual reality images. It is very easy to use and it is not even necessary to register with an account. Simply download the application and go. It is true that your first photos are not going to be surprising, but as you use them you will take the practice to enjoy it to the fullest.

Expeditions is an application that is specially designed for the field of education. However, it can be used for whatever you want. It has more than 200 expeditions to dive into. You can see destinations, monuments, landscapes of all kinds and many cities. There is a 360-degree mode that works without Google Cardboard. The app is available for free and very easy to use. This is the reason why we considered it among top 30 best virtual reality apps.

Google Street View was recently updated to support virtual reality content. The new update allows us to see all the images through the Google Cardboard. It is a technology featured in Google Maps and Google Earth which provides panoramic views from different positions of the streets in the world.

Storyboard VR  is a free prototyping and visualization tool that can be used by architects, AEC professionals, artists, and creators. It allows users to incorporate, organize, scale and animate simple 2D assets. The creators of Storyboard VR, the Artefact design office, developed it for their own internal use of  VR projects. They created their own tool to quickly and easily generate VR experiences prototypes.

You can create and upload transparent drawings and environment maps from existing sketch tools to VR Storyboard, then select your assets and create a storyboard. The ease of use allows designers to share ideas and get early feedback in the design process. Storyboard VR also includes slides (sequential scenes) providing something like a VR version of PowerPoint.

The Bohemian Rhapsody Experience offers a three-dimensional audiovisual effect with “interactive elements and spatial sound, which allow you to step inside the music”. You will get inside the mind of the legendary Freddie Mercury. That explosion of creativity of the artist made a whole experience to try to discover the depths of his imagination. Something we should all see at least once.

Gunjack VR was developed by EVE online gaming franchise. It is a simple, play shooter for the Samsung Gear VR. Sit in a powerful anti-aircraft(used to attack enemy aircraft) and shoot down all the enemy fighters before they destroy your battleship. Involve yourself in the war of virtual reality.