E-Sports no longer get defined as a game for the nerds. They continue to grow in popularity by advancing into the mainstream consciousness. eSports are highly competitive and have passionate communities behind them. It may be quite tricky to find games that have esports scenes. To assist you during this daunting experience below is a list of the best esports games available

Here is one of the best e-sports games. It was 1st released in 2013. The game is a free to play multiplayer online battle arena. It’s quite popular in the e-sport gaming world. The game started as a standalone sequel then WarCraft 3 mod. The game now records over ten million concurrent gamers each month. In April of 2017, the games emerged the lop time streamed e-sport. 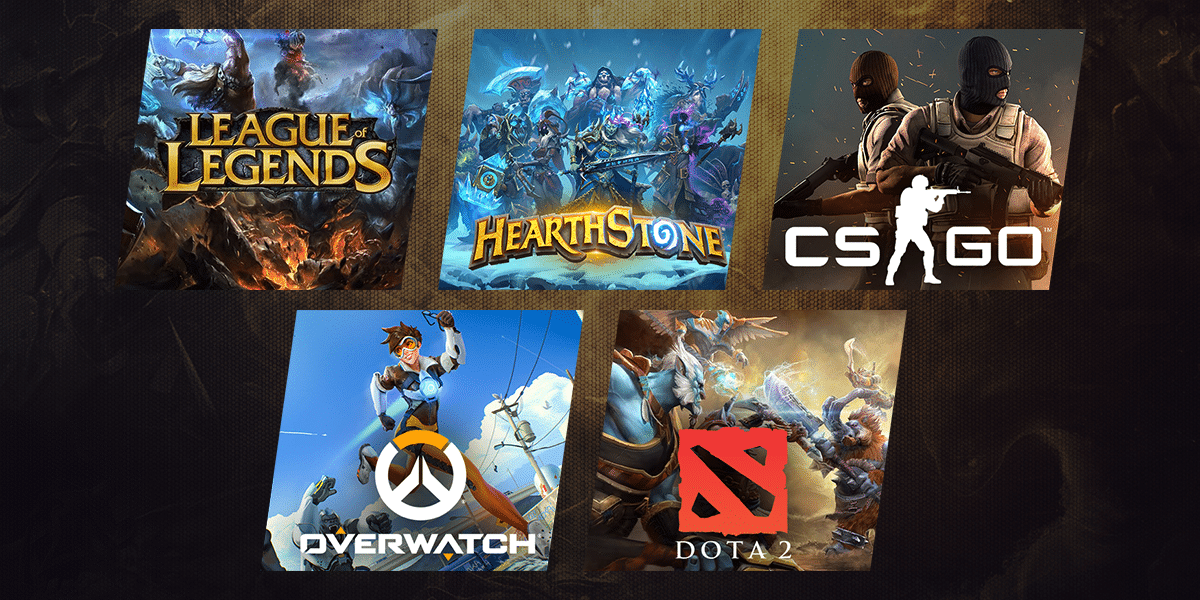 It’s among a few games that made a name for itself by temporary dethroning league of legends. It had 32.2 million esports hours watched by e-sport enthusiasts. The main tournament gets organized as well as sponsored by Valve gaming developer as well as publisher. The fund prize pool is at 1.6 million dollars in the yearly competition. It makes it one of the most competitive game event in the world

The game became released in the market for the first time in 2016. It’s the most anticipated e-sport in the USA. That’s not all. It’s also the most played competitive multiplayer 1st person shooter game. The e-sport has an average of 14.4 million users across the PC as well as console. The parent company Activision Blizzard organizes its expert e-sport league. The e-sport continues to thrive, and one can enjoy overwatch free using their desktop

LoL got released in 2009. It was free to play 3rd person MOBA. The game had a microtransaction model which continues to fund its development. Over the years, the game has grown significantly. It has played a significant role in spearheading esports into the mainstream. The game is highly competitive, thus gives players an adrenaline rush. It receives extensive support from Riot Games developer. The developer participates in organizing the league of champions in Germany as well as North America.

The esports got released in 2017. It was a 3rd person shooter game as well as player versus environment multiplayer survival crafting game. With the release of Fortnite Battle Royale, the e-sport quickly shifted into a player vs player experience. The free to play gaming mode has made it quite popular.

There are over 100 players who fight to the death on an island. It’s quite appealing as gamers strive to remain the last man standing. The game has over one million gamers during its launch. Since then the fan base is growing. The structure is similar to PlayerUnknown’s Battlegrounds.

CS: GO got released in 2012. It’s the latest within the long-running popular counter-strike series of FPS multi-players gamings. The game has dominated the esports scene as it has a million-dollar tournament prize pool.

It is fronted by a Valve developer who is also a co-sponsor to significant events. CS: GO is one among many influential games that boosts esports into the mainstream. The game is the best as it has become based on very competitive team play.

To enjoy the best of the esports games, you must be familiar with the best games available. The list above will assist you in navigating through esports games with ease. To have a heavenly and beautiful experience, you must select competitive games. While choosing the best e-sport games, including overwatch free, remember to savor the moment.

6 Ways Folded Business Cards Are Better Than The Regular Ones

8 Reasons To Record Every Business Call