It’s that time of year again, bettors! March Madness is a time of year that can be a lot of fun for betting or can be very frustrating. The problem is teams that are the clear favorites have a very low yield unless you bet a lot of money. Also, there are very few assurances when it comes to upsets, even if they are predicted.

All in all, nothing is guaranteed in the NCAA tournament (UMBC showed us that a few years ago. The trick for betting on March Madness is looking for the best value picks to come out on top once the championship game is over. Let’s look over a few patterns to follow. 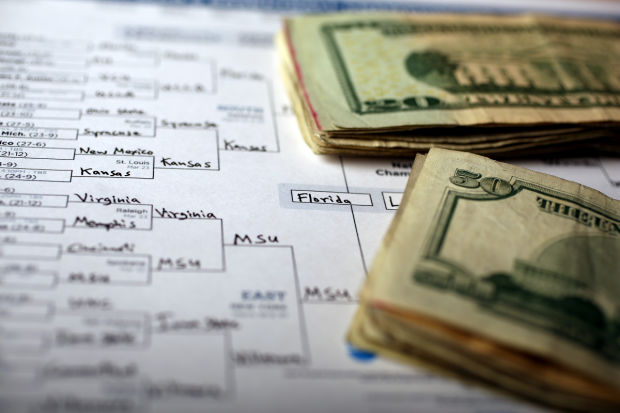 The first mistake bettors make when looking for an upset is to look at the lower seeded team’s record. A 25-5 12 seed should be able to beat a 20-10 5 seed, right? Well, the answer is not necessarily. There are a lot of factors affecting why a team is seeded where they are, some of which I will cover later. One factor affecting a team’s value is whether or not they are senior-led.

Too many times we have watched young, talented, highly seeded teams lose to older, more experienced small school teams. If you are looking to pick an upset, one factor to look at is whether the stat leaders are upper-classmen, particularly seniors. If the team that they are playing is led by one-and-done freshmen, the upset could be a good play for you.

It is easy to look at a team’s points scored per game and their opponents’ points scored per game and think that they are a good play. It is helpful to do a little more research than that. Now, it is obvious to any basketball fan that the team that gets a large percentage of a game’s rebounds usually wins. But, there are two rebounding facets that you should look at before making a pick.

One is offensive rebounds per game. Nothing wears an opponent down like possessions lasting the full 30 seconds, ending with a bad shot and then, once you finally think you have a stop, they pull down an offensive board. A lot of times, these seemingly endless possessions end with a foul, and that spells trouble for any opposing team.

The other rebounding stat to look at is the rebounding leaders. Is one player pulling down most of the rebounds, or is the rebounding spread throughout the team? How well are the guards rebounding? The point is that, especially in tournament play, fouls are very important. If your center, who is generally the primary rebounder, gets in foul trouble, the rest of the team has to be able to step up and pick up the rebounding “Slack” so as to avoid getting their center in further trouble.

It might surprise you to see the teams that are the most efficient at shooting three-point field goals. Who do you think is the best? Kansas? Kentucky? Illinois? Duke? No, it’s actually South Dakota State, who shoots better than 45% from deep. In fact, in the top ten teams in terms of three-point efficiency, only two are power five teams (Purdue and Virginia Tech).

Obviously, these teams score a lot of points from beyond the arc, but this efficiency means that they are likely getting mostly open shots. These open shots are generally generated by excellent ball movement, which points to a well-rounded offense.

These types of teams should be good plays in the NCAA tournament. Some teams that will likely be in the 2022 tournament and are among the best of the NCAA in three-point efficiency are the aforementioned SDSU and Purdue, along with Colgate, Davidson, Loyola Chicago, and Montana State (All in the top 18).

Everybody knows that the top 25 teams in the nation are ranked by the AP each week. What some may not know is that the NET ranking is considered by some to be a more accurate representation of who the best teams are. NET takes into account more stats, such as the strength of the schedule. Be sure to check a team’s NET ranking before betting on them in the tournament.

How To Remove Watermark From A Video