How LiDAR Technology Is Changing the Way We Travel

If you haven’t come across LiDAR technology before, that’s bound to change very soon. This technology has made its way into many different industries and it’s even starting to make an appearance in our everyday lives and devices.

Even the latest Apple iPad uses built-in LiDAR scanners to make the new iPad the “world’s best device for augmented reality.” LiDAR technology gives iPads the ability to “understand” a scene through measurements of depth and distance. And with this understanding, iPads can now offer a range of augmented reality experiences, from summoning virtual creatures to entertain your little ones to providing on-screen information relating to what the camera and LiDAR sensor see to testing out how furniture would look in your living room.

But LiDAR’s ability to gather information from different scenes can be applied in much greater contexts than our living rooms. And an even more intriguing aspect of everyday life that’s being affected by LiDAR is travel.

LiDAR is the technology behind many innovative vehicles and systems in the transport industry, and in many cases, it has helped to improve the safety and efficiency of getting from A to B. 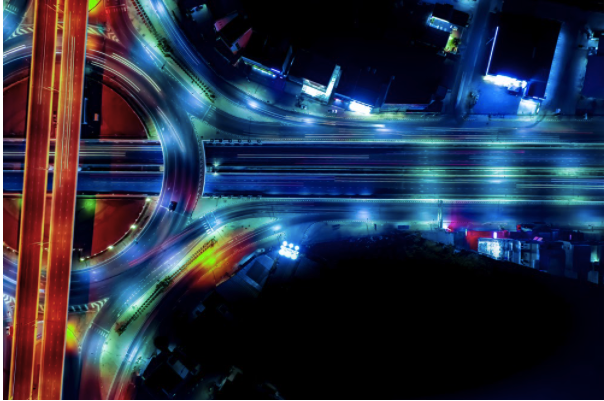 What Is LiDAR and How Does It Work?

Before we explore LiDAR’s role in transport and travel, we need to know what this technology actually is. Short for light detection and ranging, LiDAR is a type of laser-scanning technology that measures distances by throwing out pulses of laser light.

Light pulses hit surfaces, such as the ground, building surfaces or objects such as trees and street lamps, and bounce back to the system sensor. The LiDAR system then measures the distance traveled by each light pulse, and the time taken to complete this journey. Using these measurements, LiDAR calculates 3D coordinates (XYZ).

With tens of thousands of light pulses thrown out each second, every LiDAR scan collects millions of coordinates that together act like pixels and form a complete picture of the scanned environment. This information can be used for real-time object detection in autonomous vehicles, or it can be brought to life in the form of a 3D digital model with CAD software and point cloud processing software.

How Is LiDAR Changing the Way We Travel?

So now that we’ve covered what LiDAR is, what role does it play in the transport industry? So far, this technology has transformed roads and railways and played a role in the development of autonomous vehicles.

LiDAR Is Driving the Development of Autonomous Vehicles

Self-driving cars might sound like something you’d see in a futuristic sci-fi movie, but we’re getting closer to having them on the road every day. Some cars on the market already have the ability to park themselves, and although autonomous cars aren’t yet commonplace, the development of these futuristic vehicles is well underway. And LiDAR scanners are one of the most important pieces of hardware in most autonomous vehicles. 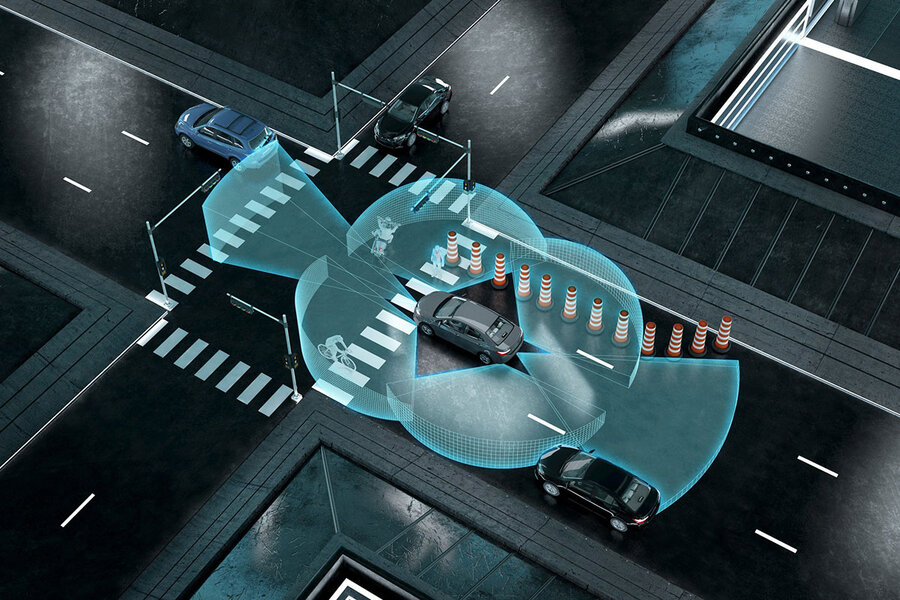 LiDAR scanners act as the eyes of self-driving cars. By measuring the distance of objects at the speed of light, laser scanners can detect objects in real-time. So most self-driving cars that are currently being developed rely on LiDAR systems with omnidirectional sensors to avoid collisions by instantly detecting objects and other cars. With this information, autonomous vehicles can drive, change lanes and park safely. And if objects are detected, this information is used to slow down the vehicle or emergency-stop.

And if the prospect of self-driving cars isn’t enough for you, LiDAR has also made autonomous trains a reality. In China, driverless trains have been developed with the help of this technology, and passengers were welcomed on board in December 2019.

The LiDAR-equipped self-driving trains are also trackless — rather than running on steel rails, they follow painted lines on the road. Using LiDAR and GPS systems, the “train” can safely navigate between stops. This rail system is affordable for cities to run as there’s no need for drivers or expensive steel tracks. This could be the future of affordable rail travel.

LiDAR’s Mobile Mapping Capabilities Have Transformed the Way We Navigate

The point cloud data (sets of coordinates) gathered during LiDAR scans can be used to create terrain maps, map road and rail networks and support route-planning and web-mapping services such as Google Maps. And as most of us use Google Maps or Apple Maps to find our way from A to B, it’s safe to say that LiDAR has transformed the way we navigate. Whether we’re driving or walking, data gathered by LiDAR sensors is used by map apps to show us the best route. 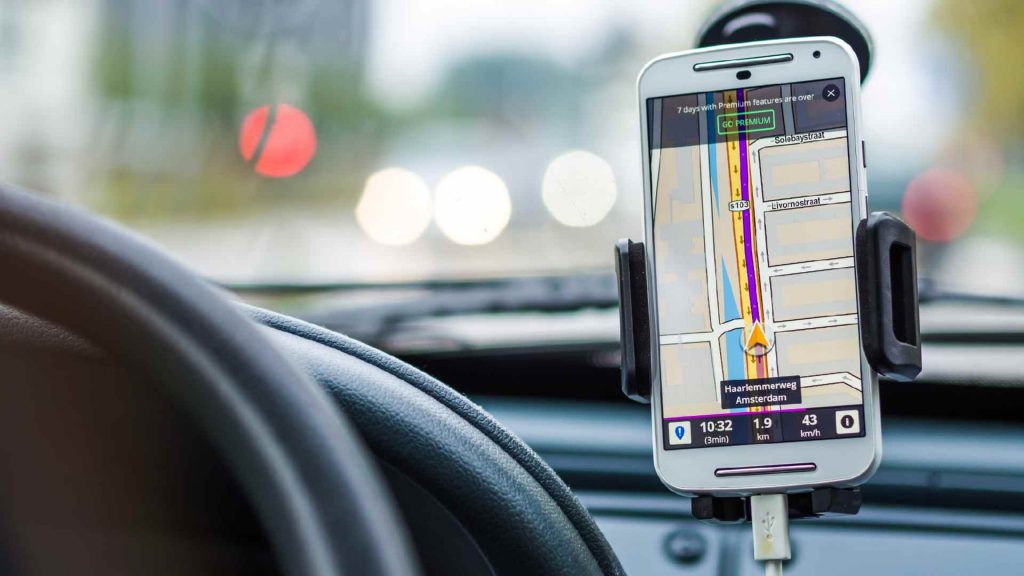 The power of LiDAR data for navigation and route planning is demonstrated by the improvement of Apple Maps. You probably remember that when Apple Maps launched, in 2012, there were a lot of complaints. The application would direct you to follow routes that weren’t the fastest, and sometimes the destination it led you to wouldn’t be accurate. These errors occurred because the application relied on incomplete datasets — partial data was taken from partners including TomTom and OpenStreetMap.

Even Apple recognized that its route-planning app wasn’t living up to expectations. So they set about improving the application by gathering complete geospatial data, with LiDAR. Once Apple started using laser-scanning technology to gather data, it quickly became a close competitor to Google Maps, which has been using LiDAR sourced data since before Apple Maps launched.

LiDAR Has Taken Transport Safety to a New Level

We’ve all heard the saying “drive to arrive”, and LiDAR data can help us do just that. As well as supporting innovative developments in the transport industry, LiDAR is used all over the world, to make roads and railways as safe as possible. Transport agencies can use data gathered during laser-scanning surveys to minimize the risk of collisions on road and rail networks.

If any vegetation or man-made structures jut out over transport corridors, these encroachments can be identified, located and resolved as quickly as possible, to prevent them from causing any accidents. LiDAR data can also shed light on the safety of road layouts. Junctions can be assessed for traffic flow and collision risks, and speed limits can be analyzed through the measurement of curves.

When LiDAR data is analyzed with point cloud processing software, engineers can also test roads and railroads through vehicle simulation. Point cloud data can be transformed into a 3D digital model, and a digital “vehicle” can be moved through virtual traffic corridors to check traffic flow and speed limits, and to ensure that roads and railroads are clear pathways.

Other details can also be tested for safety with point cloud data. As well as depicting roads or railroads, 3D digital models created with LiDAR data will also depict the condition of roads and sidewalks, guard rails and transport facilities.

What Is A Phone Validator And How Does It Work