The Early Favourites For The Dewhurst Stakes

Newmarket’s iconic Gold Season, when four top-class meetings are held on the historic Rowley Mile for four consecutive weekends, is just around the corner, and whilst all the events are special for their own reasons, it’s hard to beat the highlight — the Future Champions Festival.

The meeting, which will take place between 8-9 October, gives flat racing fans the opportunity to see some of the best up-and-coming young horses ahead of next season’s Classics, and the Dewhurst Stakes, the day two feature race, is considered the most prestigious contest for juveniles, with many previous winners going on to write their name in the history books.

So, as we hope to unearth the next Frankel or St Mark’s Basilica, who both won this race as two-year-olds, read on as we take a look at the favourites in the horse betting odds for this year’s renewal of the Dewhurst Stakes. 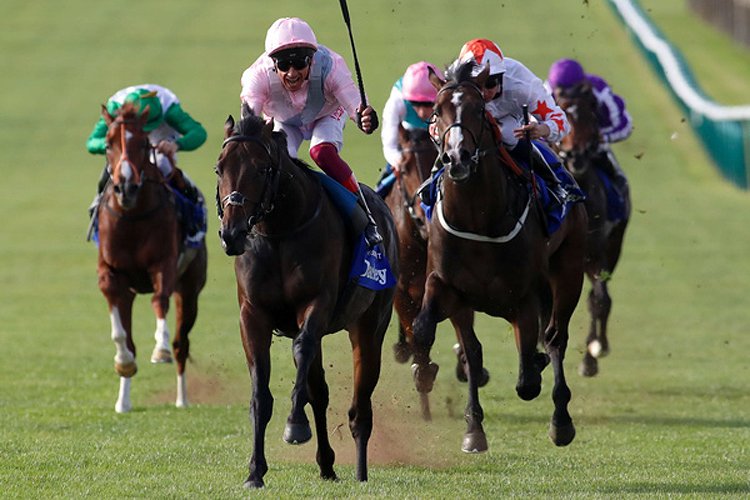 Who better to follow in St Mark’s Basilica’s footsteps than his stablemate Point Lonsdale? The Bay Colt made his debut at the Curragh back in June, beating Unconquerable by five and a half lengths, and the Aidan O’Brien-trained two-year-old has looked unconquerable since, winning all three of his races, including in the Listed Chesham Stakes at Royal Ascot, where he beat Her Majesty the Queen’s Reach For The Moon by a narrow half a length. Already a winner at Group 2 and 3 level, it wouldn’t be a surprise to see Point Lonsdale land his first Group 1 at Newmarket next month. We could see the horse at Newmarket for the Group 2 Royal Lodge Stakes on 25 September, and that might just give us an indication on how he’ll perform in this race.

Lusail has been just as impressive in his maiden season on the track, winning four of his five races to date. He couldn’t back up his debut win at York with back-to-back wins, finishing third in the Youngsters Conditions Stakes at Pontefract. However, the Richard Hannon-trained horse has bounced back well, winning consecutive races at Newmarket, including in the Group 2 Tattersalls July Stakes, and Lusail made it three wins on the trot with another Group 2 victory last month, this time in the Gimcrack Stakes at York, where he beat Gis A Sub by a length and a half. Lusail could compete in either the Royal Lodge Stakes or the Group 1 Middle Park Stakes later this month, so that’s worth keeping an eye on.

Far from one of the more experienced two-year-olds on this card, Native Trail has raced just twice this season. The Charlie Appleby-trained horse made his debut at Sandown in June, beating Royal Patronage by four lengths to win a Maiden Stakes, and quickly made the leap to Group 2 level, holding off the Andrew Balding-trained Maskela and Oisin Murphy to win by nothing more than a shorthead. Native Trail will likely feature again before the Dewhurst Stakes, perhaps in the Group 1 National Stakes at the Curragh, and his stock will only rise if he can nab a victory over at the Irish course. 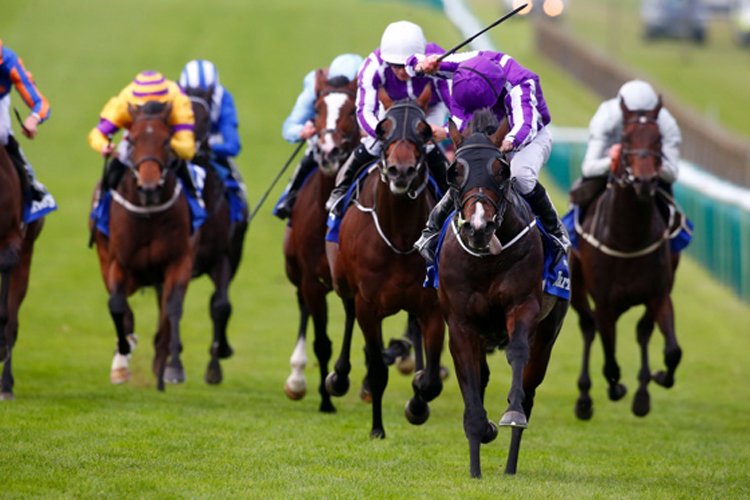 Reach For The Moon

Already briefly mentioned for coming second to Point Lonsdale at Royal Ascot, the Queen’s horse has come a long way since then. Reach For The Moon landed his first victory at Newbury in July before winning at Group 3 level at Sandown last month, where Frankie Dettori guided him to a four-length win over Great Max. The Italian jockey will likely be back in the saddle for this race, and when he pairs up with trainers John and Thady Gosden, you can never rule them out!