The impact of social bots and why they are so dangerous

The impact of Social bots on humans will be a serious issue in the coming days . And we do not even recognize the seriousness of the situation. What makes them so dangerous and what to do about them.

Social media trends are often based on politics and the media to seek the public opinion. On the basis of trends for example, on Twitter you can read what is being discussed currently most often found where hashtag most mention. Political opinion formation takes place to a significant extent on the Internet. In the US, for example, there are agencies that analyze the social media trends and operate based on that policy advice.

Social bots and their hazard potential

Social bots, artificial intelligences that are active in their thousands in social networks and targeted liken posts and retweet, represent an increasing threat to the authenticity of trends. This is because such trends arising from the sheer volume of mention, retweets and likes. One program is now able to control several thousand fake profiles. You are able to have deliberately created trends in social networks, which would actually become no without exposure to bots. This can be a barely manageable risk potential.

If Social bots copy for example, predominantly critical articles about the current refugee debate and spread quickly creates the distorted impression that an enormously large proportion of internet users share this opinion, although only available algorithms behind it. This danger is still seriously underestimated and socially hardly noticed.

Social bots are even a threat to democracy. They create a false opinion and influence, albeit indirectly, our view of the political process, act in some way on our perception one. For example, social bots worried after the first televised debate of the US presidential candidates Hilary Clinton and Donald Trump that the hashtag #TrumpWon   quickly rose in the Twitter trends. While the press Trump looked more than losers, a look at the Twitter trends thus painted a very different picture. 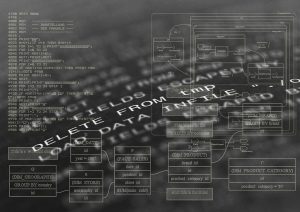 Hegelich also does not rule out that social bots had a not to be underestimated share of the output of the United Kingdom and Gibraltar European Union membership referendum vote. so they are by their sheer mass able to influence broad political debates, ask for the person who controls and programmed an enormously high power factor. They are increasing by their intelligence and enormously high impact potential dangerous and at the same time more important than so some Snwoden unveiling.

And what can you do about it?

The so-called “bot” effect (Hegelich), the influence of social bots on us and our decisions, can of course empirically hardly grasp. But the sooner the impression that a social network no longer exists predominantly from human accounts, but mostly of artificial intelligences, made up fake profiles, the less attractive it becomes natural to its users. Social bots are likely to be one of the reasons even why to date no one has interest really to take over Twitter.

The greatest responsibility towards social bots overloaded course on the social networks themselves. Apparently they do not make it far, more transparent to make the bot traffic as necessary and narrow. It is therefore important the development of software such as BotOrNot which is designed to detect fake profiles.

But to discuss the social and political relevance of artificial intelligence in social networks wider and more frequently, to make them the subject of discourse about democracy and the Internet is almost more important. all users about the dangers of algorithms on Twitter, Facebook and Co. should be clear. Social networks are not a mirror of society. Even if such an assumption often seems to be tempting.

So responsibility also lies with each individual user. Social bots should be socially perceived wider. A critical approach to artificial intelligence in the network is therefore as important as the healthy basic skepticism about any information on the Internet.

More interesting : AMP AND INSTANT ARTICLES: THE ONLY WINNERS ARE GOOGLE AND FACEBOOK

AMP and instant Articles: The only winners are Google and Facebook