Are you in search of a robust web hosting environment for your newly-built website? You must have come across VPS or Virtual Private Server. Relatively, one of the newer forms of web hosting, it has gained in popularity for good reasons.

However, still, it is a source of confusion for numerous people looking for a web hosting service for their online ventures.

If you are one of them, we have got you covered. As in our today’s post, we will explore – what is VPS hosting? How it is different from other hosting options? And its pros and cons.

So, without any further ado let’s get started!

What is VPS Hosting?

Stands for the Virtual Private Server, VPS is a type of web hosting that offers virtual machines to users. Even though at the back end, it is installed on a physical computer that runs many operating systems simultaneously.

However, its virtualization technology makes it entirely different. VPS hosting allows each of its users to have an independent virtual server that has its own dedicated operating system and dedicated resources.

Now let’s take a look at how VPS is different from other web hosting options.

Difference Between VPS and Other Web Hosting Services

VPS hosting is different from shared and dedicated hosting in many ways.

Both web hosting services share a single server’s resources. Still, they are entirely different in their natures. In shared hosting, resources are equally divided between all users while in VPS a user is given a more customized option such as better control over bandwidth usage and disk space. Perhaps, this is the reason VPS is considered much more stable and reliable hosting services than Shared hosting. Usually, it comes with the less fluctuation in the resources.

When you opt for a VPS plan, you must choose the one that lets you access to the maximum amount of bandwidth, RAM and disk space. This way, all of the servers will be yours that you can use anytime you feel you need more resources.

As the name indicates, in dedicated hosting a user is offered a dedicated server that no other user can use. Whereas VPS offers dedicated resources but on a single server that is shared with other accounts as wel

Unfortunately, the cost of dedicated hosting is out of the pocket of many individuals and small businesses.

Pros and cons of VPS hosting

Like any other web hosting service, VPS has its ins and outs. Since you have shown interest in VPS hosting, we have put together some of its pros and cons just for you.

The Virtual Private Servers are designed to offer a robust hosting environment. These virtual servers are placed on extremely powerful machines (made of top-of-the-line hardware components) that work 24/7 behind them. These machines can work with several VPS servers altogether and support tons of features that you can’t get from a dedicated server at the same affordable price.

In comparison to dedicated servers, VPS are relatively cheap. Startups and individuals that are forced to run their online business on a tight budget can go for VPS and relish the almost same server resources. 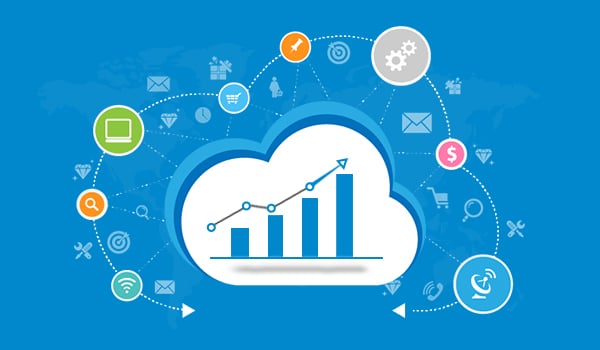 With most VPS hosting service, you get full root access that lets you install additional applications, software, and modules. Moreover,  you can work directly with the server’s operating system.

VPS servers are much more secured in comparison to shared servers and offer a powerful security against security exploits and DDoS attacks. It would be right to say with VPS you can sleep a bit easier.

VPS hosting seems a good choice for your next big business idea because of its scalability and flexibility factors. However, it is crucial that you do enough research to find a reliable VPS hosting provider that comes with all advantages of VPS service.

How To Generate Sales And Profits Through Affiliate Marketing

What is An EE Signal Booster?

9 Reasons Why Dedicated Hosting Is The Best

9 Reasons Why Dedicated Hosting Is...