Cold-rolled and hot-rolled steel are two traditional types of metal products that are produced on rolling mills. Nowadays, these types of steel are in widespread use throughout the world.

Rolled steel as a branch of metallurgy has gone through many twists and turns over all the years of its development. Before the manufacturers mastered the production of cold-rolled and hot-rolled steel, their activities were accompanied not only by brilliant ideas but also by rueful failures.

The Emergence Of Rolling Mills

Regardless of the primitive technologies of the past, rolling mills appeared in South Asia and the Mideast in 600 BC.

It is considered that the European version of the rolling mill was created by the great artist, scientist, and inventor Leonardo da Vinci. He described the ideas for its manufacture in his notes of 1500-1502. The rolling mill mechanism was successfully reproduced according to the drawings of Leonardo after his death. As it turned out, such a rolling mill completed its task entirely: the rotating cylinders compressed and planarized the metal plates. Actually, the basic principle of this mechanism is used for metal processing even in modern metallurgy.

The earliest so-called cutting rolling mills appeared at the end of the 16th century. These machines were used to make rods and iron plates.

The Beginning Of Hot-Rolled Steel Usage

A significant contribution to modern metallurgy was made by the amazing efforts of a British industrialist Henry Cort. He received a patent for the usage of grooved rolls in 1783. Cort was the first metallurgist who was able to combine all the best production practices of that time. In addition, Henry Cort is called the “father of rolled goods,” who had a great influence on the metallurgical industry not only in the UK but throughout the world.

In 1820, Jon Birkinshaw began using rolling mills to make 15-18 feet long rail tracks. Prior to this, they used pig-iron rails to develop railway systems. However, such rails broke easily and created inequalities, and therefore, the pig-iron rails were not the best technological solution. But Birkinshaw’s rails provoked interest in George Stevenson, who is called the “father of the railways.” Thus, a new era in the railway industry began.

Along with the increase in the size of metal products, the sizes of rolling mills grew rapidly too. At the “Great Exhibition of the Works of Industry of All Nations” in London in 1851, the Consett Iron Company introduced the steel sheets at the size of 20 feet long and 3.5 feet wide.

The technologies for the production of hot-rolled and cold-rolled steel sheets are similar. A whole steel plate is processed on a rolling mill where it alternately passes through several pairs of rotating rolls, which gradually flatten the steel plate.

The key difference between hot and cold rolling is the temperature of the material itself. For the manufacture of hot-rolled steel, a steel sheet is heated to very high temperatures – more than 900°C. Cold-rolled steel does not heat up during processing. The physical and chemical characteristics and strength of the finished product depend on the manufacturing technology. Hot rolling is considered a simpler and cheaper method of metal production. Due to the strong heating, the steel becomes ductile and easy to mold. The thickness of the steel sheet may vary from 0.4 to 160 mm. 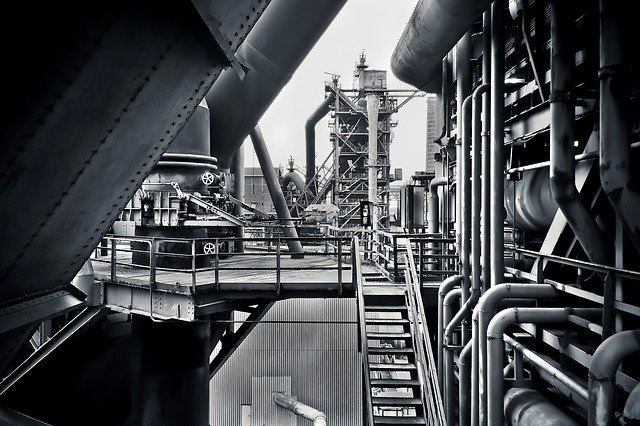 First of all, hot-rolled sheets are used in building and construction works, in flooring of buildings, in the manufacture of supporting profiles, as elements of bridge compartments, as well as for the manufacture of pipes of medium and large diameters. In addition, hot-rolled steel is widely used in the automotive industry (car clutch discs, truck frames, wheel discs, and wheels). Moreover, this steel product is the basis for the production of railway cars, agricultural equipment, fencing, etc. Also, hot-rolled steel is used for manufacturing different mass-market products (racks, doors, heaters, etc.).

Becoming Successful In Affiliate Marketing Made Easy With Essential Tips