5 secrets that hide behind the Big Data 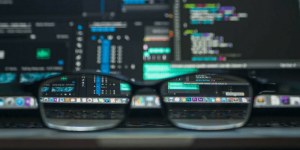 What we like to use on Facebook, What we consume in our Smart TV, what we bought on Amazon …During the last years, the amount of data generated through mobile or wearable devices does not stop growing. More data has been created in the last 2 years than in the whole history of mankind, although at this point in time only 0.5{e7d47c856744df2248f2195fd30fbdddbceff01679799ef4d661e6a47ab6faaa} of all data is analyzed. Here are the 5 secrets that hide behind the Big Data.

5 secrets that hide behind the Big Data

Although the Internet of Things can offer great opportunities for users, it also carries the possibility of carrying such a harmless action as connecting a refrigerator to the Internet causes us to be hacked. Remote driving systems, such as brakes, engine or locks, have proven to be vulnerable to attackers who have access to the onboard network. In addition, several safety researchers in 2008 revealed that it was possible to remotely control pacemakers and even insulin pumps without being authorized to do so.

We only know the tip of the iceberg. According to the European Union, nowadays 1,700 billion bytes per minute are generated, equivalent to 360,000 DVDs. In addition, it is estimated that, in the next 5 years, this number will double.

The enemy of crime:

Some data analysis tools are being used to “predict the future”. In fact, it has been proven that Big Data allows anticipating criminal behavior in a city based on the time, day of the week, etc.

A few days ago the news was known that Tinder users, an app to meet people, may suffer a major privacy problem in the event of a cybercriminal unlawfully accessing their Big Data. Although there are laws to prevent companies and organizations from making improper use of our data, it is difficult to protect ourselves from cyber attacks. In fact, some companies use data

Although there are laws to prevent companies and organizations from making improper use of our data, it is difficult to protect ourselves from cyber attacks. In fact, some companies use data analysis technologies to detect misuses of information before they occur: personal data, theft of bank accounts or phishing, among others.

Big Data companies use Big Data worldwide. Thanks to this, you can find people that we may know on Facebook, see a movie recommended by our likes on Netflix or buy a suggested product on Amazon easily and quickly. And the combination of data can reveal information that we do not suspect. For example, the use of Big Data in US supermarkets Walmart served to detect that sales of a particular type of biscuits increased during hurricane seasons because people were stockpiling supplies. The brand has taken advantage of this information to promote its products in a prominent way when a storm is announced and has managed to increase its sales.

Additional Resources: What Exactly Is The Internet Of Things

5 principles of neuromarketing that helps in getting better results

Trends and new needs of SEO : What Brands should focus on ?