The Future of Healthcare Software and Technology

As we move into the future, healthcare is becoming even more exciting, especially when we begin to speculate on the technological trends that are going to dominate in the years to come. Many experts have their opinions on where healthcare software and technology is headed. We decided to talk to Sam Cable of Curotec.com to tell us what major trends he thinks will be dominant going forward.

The Rise of Blockchain

Blockchain technology isn’t just some fad anymore. It is real technology and, while it hasn’t just yet proven its usefulness in the healthcare information technology (IT) business, it definitely has a lot of untapped potentials.

In particular, 2018 is expected to be an important year for blockchain because it will have its first application in the health community as a means of both exchanging and protecting health data more easily. 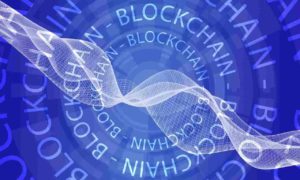 There are many startups and major vendors already making open moves toward blockchain in this year, particularly in the health sector. That means it’s going to soon break out of the rather restricted domain of cryptocurrencies like bitcoin.

Among the companies dedicating themselves to developing the technology for applications in healthcare are Google, IBM, Microsoft, and Intel.

Granted, there are many limitations to this technology that first have to be overcome in order for it to see success in the health sector. Also, there are already many other solutions existing on the market for the interoperability and safety of health data. However, one thing’s for sure — blockchain has too much potential to ignore. 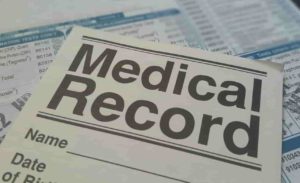 Electronic health record (EHR) vendors are already pretty widespread and their systems are spread throughout the sector. The next frontier is to now focus on the analysis of patient data. This will help to improve health efforts focused on the entire population as well as provide more real-time reports.

With the number of physicians using some kind of analytics function in the EHR systems on the rise, the majority of industry players will welcome this development. Already there are many giants in the industry with the potential to integrate analytics seamlessly into their products. athenahealth, one of these companies, is already actively pushing its analytics products for population health on the market. 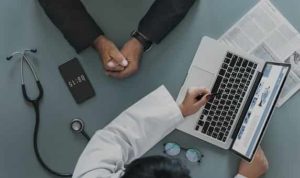 Artificial intelligence (AI) has always been the stuff of science fiction and the dreams of healthcare IT visionaries but not anymore. This technology stands poised to impact the health industry in ways that not even the greatest and most imaginative futurists could have predicted. For AI, 2018 is the year when it starts to have an actual impact on the health industry.

Today, the most common use for this technology is the processing of natural language and the automation of robotic processes. These are already feats in themselves as AI can be used to find important data points in large datasets accurately and also to automate repetitive tasks like administrative ones.

Also Read: How the Healthcare industry is employing Big data and Artificial intelligence

However, AI has much more potential than this. It can be used for population health, disease management, clinical decision support, claims processing and readmissions. In fact, according to some experts in the industry, AI will very soon lend a helping hand in such fields as image recognition, pathology, and even cancer diagnostics. “You will find some form or other of AI in health care systems by the middle of next year,” says Carpenter.

A Growth in Mobile Digital Health 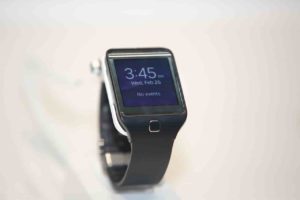 With the growth of mobile phones and tablets, the importance of mobile to health care cannot be overstated. Digital health, in particular, is expected to grow exponentially this year. With billions of dollars already being invested in digital health companies, the number of wearables can only be expected to surge.

The United States Food and Drug Administration (FDA) seems to have caught on and want to show that they support the move to mobile by loosening their regulations for specific mobile health technologies.

Ultimately, no one knows for sure exactly where the health IT industry will go. However, the four areas above are definitely well worth watching and one or more of them is likely to blow up this year. Whichever way it goes, however, it will be an exciting future.

Google Flights why they are Better Than Any Travel Agent

How to Remove Noad Variance TV Adware on...

How to Remove Kissanime Pop-up: Easy...