One of the greatest problems patients face when it comes to blood is the formation of dangerous blood clots. Some of it is a genetic problem, where some people have a higher risk of forming random blood clots than others. However, sometimes, it can be due to the health care that the patient is exposed to.

Every time blood comes into contact with a surface other than that of a blood vessel, such as when it flows through the tubing that leads it to a dialysis machine or an implanted pacemaker, there it’s a high risk of a clot forming.

The health industry has tried to come up with many solutions to this, including blood thinners, which have been around for more than a century now. They are highly effective at preventing blood clots. However, they come with a high risk of their own: blood thinners increase your risk of excessive bleeding, especially in the brain, and could lead to what is commonly known as a bleeding stroke.

As a result, researchers and inventors alike have tried to come up with alternatives to blood thinners. Here are three of the most promising. 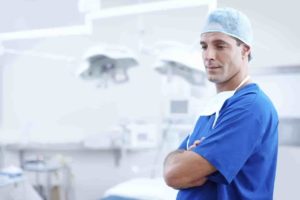 IVC, in this case, stands for the inferior vena cava. An IVC filter is a little device shaped like a cone that is designed to prevent the migration of blood clots from their points of origin to crucial organs around the body. It is used to protect against particularly dangerous situations like stroke and the migration of a blood clot to the lungs, where it could potentially block them. This is known as pulmonary embolism.

IVC filters are pretty popular, with more than a quarter of a million people having been fitted with these devices in their inferior vena cava. There are two types of vena cava. The inferior one carries blood from the lower limbs to the lungs, where it is oxygenated, and then to the heart, from where it will be redistributed to the rest of the body.

The superior vena cava does the same thing, only it carries blood from the upper body. The words “inferior” and “superior” in this context are simply used to mean “lower” and “upper.”

These devices are surgically put into the vein and become most important after major surgery or a serious accident. You can read more about it in the article “IVC Filter Complications and Symptoms – A MedTruth Guide.” 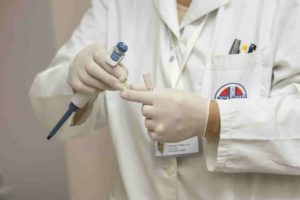 Scientists at the Wyss Institute for Biologically Inspired Engineering at Harvard University are busy exploring another avenue to solving the problem. They are getting their inspiration from the nepenthe. This plant has a pitcher with a slippery surface. When an unfortunate insect lands on the surface, it slides down to the bottom of the pitcher where it is digested.

The scientists at Harvard wanted to find out if they could replicate this with artificial materials known as perfluorocarbons. They tested the material perfluorodecalin on pigs, and it was highly successful, showing no blood clots forming during an eight-hour period. There are still more studies to be conducted, but this material shows great promise. 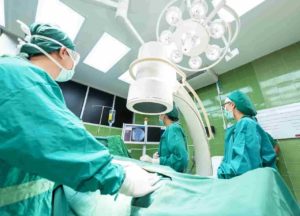 In another promising study at Johns Hopkins University School of Medicine, researchers were looking for a way to remove blood clots in the brain without damaging brain tissue through highly invasive surgery.

They discovered a new technique that involves cutting a dime-sized hole in the patient’s skull close to the clot area and then guiding themselves through the brain using CT scans. The method proved minimally invasive and without the side effects of regular craniotomy. More research is being done, but this is also proving promising.

How to Remove Noad Variance TV Adware on...

How to Remove Kissanime Pop-up: Easy...